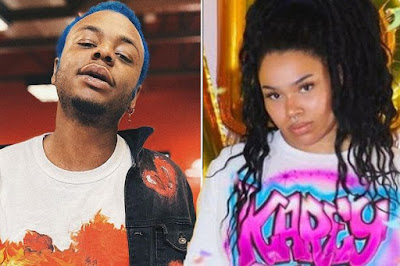 Bobby Brown Jr reportedly called friends just hours before his death to tell that he suspected that he was gravely ill.

The 28-year-old son of singer Bobby Brown was said to be coughing intensely during the phone call and was feeling congested.

Karey Graves, a friend of the late rapper, told DailyMail.com that Bobby Jr had been suffering from a heart condition since childhood.

She told the publication that Bobby Jr was "born with a heart condition" and in the call had said "he was sick" and that "you never know what you'll die from."

Karey said that Bobby refused to seek medical help "because he has a phobia of hospitals" but she said it was "eerie" and that "he knew something was going to happen."

Karey believes that Bobby Jr may have been battling coronavirus "or maybe another illness that didn’t make it easy for his pre-existing heart condition."

She described Bobby Jr as sounding like he had a heavy cold.

He apparently "sounded congested" and she heard him "cough intensely."

Karey added that it was "so weird" that Bobby Jr had reached out to her as they "weren’t on good terms."

She said that he then told her that he was in love with her and "wished we could be together."

Bobby Jr was dating Anna Reed at the time of his death and she paid loving tribute to him on Twitter.

Along with a sad emoji, she wrote: "The heavens gained an angel but I lost my soul mate."

This tribute had followed a cryptic message she posted that hinted at how Bobby Jr may have died.

She tweeted: "Overdose is a lesson, if you ain’t learn then you lethal."