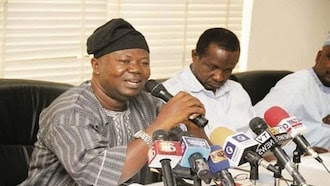 The Minister of Labour and Employment, Dr. Chris Ngige, has disclosed that the Federal Government has agreed to pay an additional N15 billion as revitalisation fund of public universities.

The minister disclosed this on Friday in Abuja as the government makes efforts to reach the demands of the Academic Staff Union of Universities, ASUU.

According to Ngige, this money would make it a total of N35 billion committed as revitalisation funds by the government following the payment of N20 billion earlier.

Ngige briefed reporters at the end of a meeting with members of ASUU led by its President, Professor Biodun Ogunyemi.

The Minister said the meeting was a fruitful one, adding that the government has decided to shift grounds on the lingering issues.

Ngige further revealed that the government and the union have also reached an agreement on how to pay the over 7 months withheld salaries of the lecturers.

Recall that ASUU had during the week said it has shifted ground from its initial demands in the interests of Nigerian students who have spent over 7 months at home.

ASUU said it has dumped its initial insistence that the government should release one tranche of N220 billion revitalization fund and is now demanding for 50% of one tranche (N110 billion).

The union said that its latest demand is just for the government to show its commitment to revitalization of the public universities in the country.