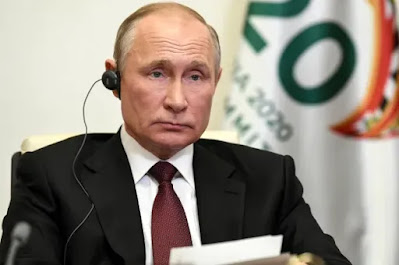 Russian leader Vladimir Putin on Sunday said that he’ll work with whoever becomes the US president -- but won’t congratulate a winner until all legal avenues are exhausted or one of the candidates concedes.

“We will work with anyone who has the confidence of the American people,” Putin said during an interview on state-run TV.

“But that confidence can only be given to a candidate whose victory has been recognized by the opposing party, or after the results are confirmed in a legitimate, legal way.”

Putin, one of a handful of world leaders who have not congratulated President-elect Joe Biden, was asked whether his refusal to recognize President Trump or the former vice president would harm US-Russia relations.

“There’s nothing to damage, they’re already ruined,” he said.

Trump has refused to concede the election and has continued to pursue legal action in a number of states to try to overturn the results of the Nov. 3 election.