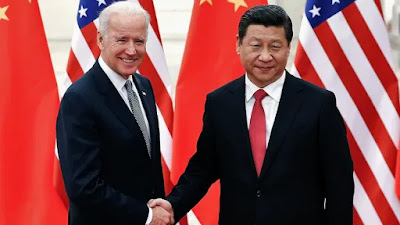 Biden is prepared to give a speech highlighting the challenges Americans face as Covid-19 cases surge on the eve of the Thanksgiving holiday.

He already introduced his foreign policy and national security team on Tuesday as he begins a formal transition to the White House after defeating Republican President Donald Trump.

One of Biden’s promises is to make fighting the pandemic a top priority after taking office on Jan. 20.

China’s foreign ministry, though not Xi himself, congratulated Biden on Nov. 13, nearly a week after many U.S. allies had, holding out as Trump, who is still challenging the election results on the basis of unsubstantiated voting fraud claims, refused to concede defeat.

In his congratulatory message to Biden on Wednesday, Xi said healthy ties between the world’s two biggest economies were not only in the fundamental interests of their two peoples but also expected by the international community, the official Xinhua news agency reported.

Biden’s planned address is meant to offer encouragement during an intensifying pandemic and focus on the sacrifices Americans are making during the holiday season, his office said.