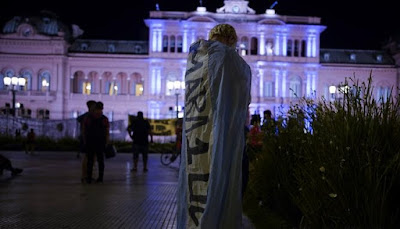 Diego Maradona's body arrived at the presidential palace in Argentina today as a grieving country prepares to pay its last respects to the flawed football genius who died on Wednesday at the age of 60.

As a crowd of weeping fans gathered outside, Maradona's coffin was lifted out of an ambulance and brought into the palace where it will lie in state in a three-day spectacle of national mourning.

Others gathered outside the Buenos Aires stadium where Maradona began his career and which has since been renamed in his honour, setting up a makeshift shrine to celebrate Argentina's legendary number 10.

His death has also been keenly felt in Europe, especially in Naples where he steered an unfashionable side to two Italian league titles and where fans let off flares in tribute outside the stadium last night.

It will be only true to say he is being mourned all over the world. 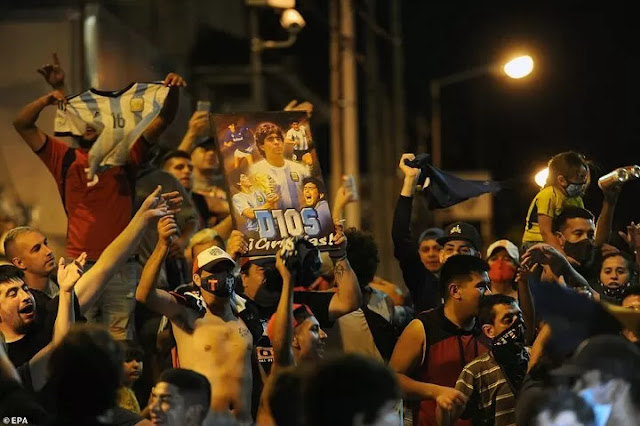 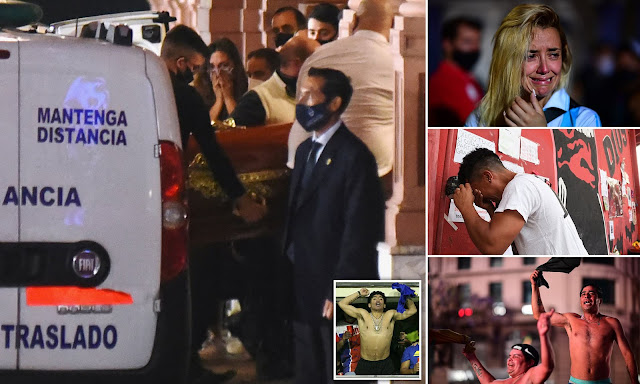