Your Soldiers Are Cowards, Neither Jonathan Nor Buhari Can Rule Nigeria - Shekau


The controversial leader of the Boko Haram

declared the duo of President Goodluck

Muhammadu Buhari as infidels who cannot

rule Nigeria. He declared that the war he is

waging would soon bring democracy to an

Mr. Shekau who spoke in a 36 minutes video

killings and attacks would be recorded in the

days to come as he boasted that the

quantum of ammunition his group has so far

seized from the Nigerian army especially in

Baga would be enough to prosecute a war

The man whom Nigeria military authority

had declared dead on three occasions in the

bring Nigeria to its knees and warned the

governments of the neighbouring countries,

comprising of Chad, Cameroon and Niger of

the video standing in front of three patrol

dressed in his usual military khaki with an

AK47 hanging from his shoulder across his

He delivered his long speech, first in Arabic

which lasted for 17 minutes and then in

Hausa for about seven minutes. He ended his

speech by burning a Nigerian flag, and

replacing it with his groupâ€™s flag that had a 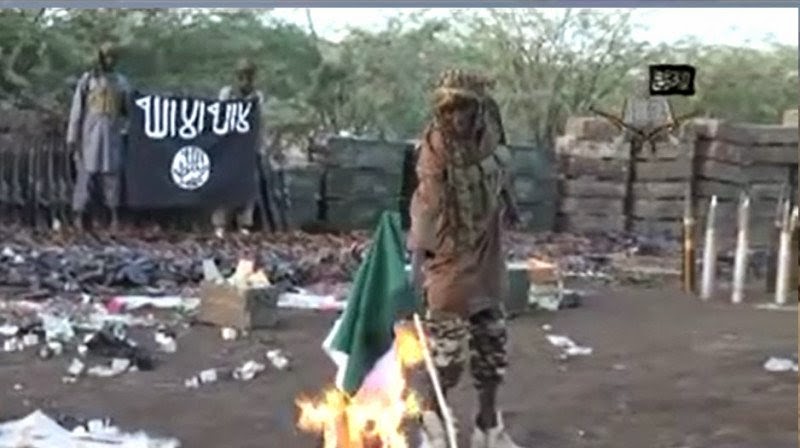