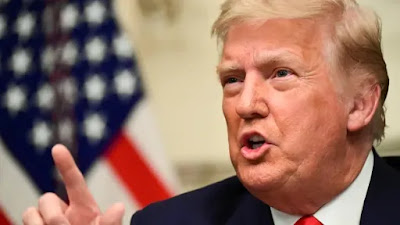 Donald Trump has admitted for the first time he will leave the White House if the electoral college votes for rival Joe Biden.

President-elect Biden, a former vice president, won the election 23 days ago and his victory has been certified in almost all the swing states.

But Mr Trump has continued to make unhinged and unsupported claims of widespread voter fraud.

He has refused to concede despite he and his supporters losing 38 separate lawsuits all alleging various election issues.

However speaking on Thanksgiving the 45th President of the United States said: “Certainly I will, and you know that,” when asked if he would leave the White House should the electoral college vote against him.

“If they do, they've made a mistake" he added.

Taking questions in the White House Trump was asked if he'll attend Mr Biden's inauguration on January 20. He responded: “I know the answer but I don't want to say it yet."

Trump is already said to be formulating plans to run again for the Republican nomination in 2024.