Borno Killings: We Are Losing Our Country, Laments Duke 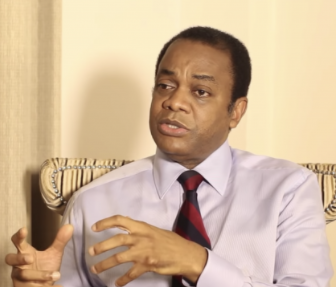 According to him, Boko Haram is fast taking over parts of Nigeria and there is the need to snatch back the country from the clutches of marauders.

The former governor, who spoke last night on Channels Television’s Sunday Politics programme also stressed that all the intelligence agencies of the government must be sanctioned for every Boko Haram attack, going forward.

At least 43 rice farmers were killed by Boko Haram insurgents at Zabarmari in the Jere Local Government Area of Borno State on Saturday. The attack is one of the horrific attacks carried out by the terrorist sect this year.

“There is a need for the complete revamp of our security network. We can’t go on like this definitely; we are losing our country.

“The soldiers in the North-East should be motivated, they are under-motivated. We need to task them on intelligence gathering and strengthen their firepower.”

Duke also noted that there should be police presence in every five kilometres. “Presence is a deterrent,” he said, adding that crime is now sophisticated in Nigeria and so, unemployed graduates who can think more intelligently like the criminals should be injected into the force.

He, therefore, tasked the states to join efforts with the federal government on improving the nation’s security system by employing more hands in the security of lives and property.