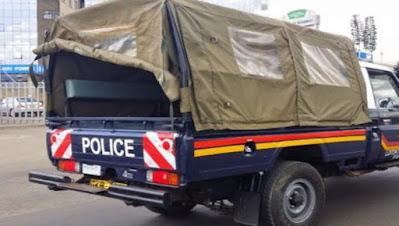 Wesley Mutai fatally hacked his 32-year-old spouse, Naomi Chebet, with jembe in a shamba in the wee hours of Saturday morning.

Mutai and Chebet had lived together as husband and wife for three months.

Silibwet Location Senior Chief, Paul Keter, told K24 Digital that the two had been employed as casual labourers in a nearby garden, and were working Saturday morning, when a dispute between them arose.

“It was then that Mutai hacked his wife in the back of her head with a jembe before attempting suicide by slitting his throat with a kitchen knife,” said Chief Keter.

According to the administrator, the suspect has a drinking problem and has, on several occasions, been linked to several conflicts with neighbours in the village.

“Recently, he chased his mother away from their ancestral land, and sold a significant size of the land,” said Chief Keter.

Neighbours said Mutai was previously married, but his wife fled her matrimonial home with their four children 11 years ago.

A 14-year-old boy who was walking past the scene was the one who noticed that Mutai had killed his spouse, and the suspect was writhing in pain after attempting suicide. The teenager alerted other villagers, who rushed to the scene and took Mutai to Olenguruone Sub-County Hospital for emergency care.

The body of Mutai’s wife, Chebet, was taken to the hospital’s morgue by police.

Chebet recently moved in with Mutai, whom she has lived with as her husband for three months now.

Chebet had two children from her previous marriage. The children are aged 13 and 2 years old.