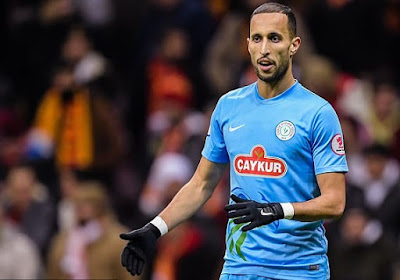 Former Morocco international defender Mohamed Abarhoun has tragically died at the age of 31 from stomach cancer.

Abarhoun learned of his diagnosis back in February while playing for Turkish top-flight side Caykur Rizespor.

In a statement the club said: 'We have learned with sadness the news of the death of our former football player Mohamed Abarhoun, who has been receiving treatment for a while.

'We wish Allah's mercy to Mohamed Abarhoun, who passed away, and our condolences to his family, relatives and community.'

Abarhoun spent most of his career in his homeland, playing for Moghreb Tetouan where he won two league titles.

He then moved to Portugal to play for Moreirense in 2017 before completing a switch to Caykur Rizespor two years later.