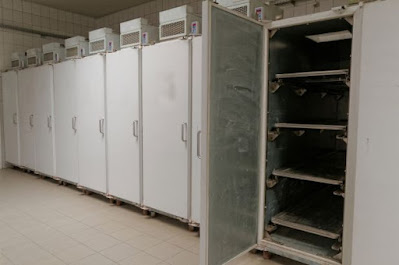 A newborn baby was miraculously found alive inside a Mexican morgue, but tragically died after five weeks in a neonatal intensive care unit, according to a report.

Lazarito Albino was declared dead by doctors shortly after he was born on Oct. 21 at General Hospital La Margarita in Puebla and his father even signed his death certificate, Mexican News Daily reported.

The boy was sent to the morgue and placed into a refrigerated compartment, where he spent six hours until the funeral home showed up.

“When we got to remove the body we noticed that it began to cry and move,” the funeral director told the newspaper at the time. “The social worker even got upset when we told her he was alive because she said, ‘What’s wrong, don’t be liars.'”

“So we told the father to approach and he also saw that the baby was crying,” he said.

The baby was placed in intensive care but died on Friday, the paper said.

The boy was finally laid to rest on Saturday.

Now his parents, Santiago and Elisa Albino, are accusing the hospital of negligence.

They filed a complaint with the National Human Rights Commission, which has launched an investigation into possible medical negligence by the hospital, the outlet said.

“We’re going to get to the bottom of what actually happened with regard to Lazarito’s birth,” the parents said in a statement.