Chelsea have confirmed that Eden Hazard has signed a new five-and-a-half-year deal with the club. 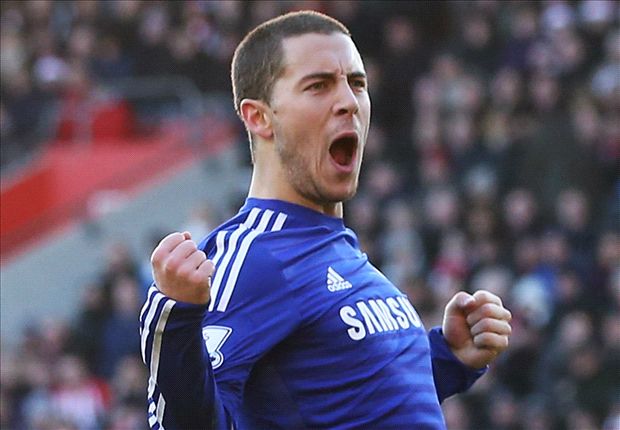 The Belgium international has been in talks with the Blues over a new contract for several months and reports in recent days suggested an announcement was close.

Blues boss Jose Mourinho joked this week that the delay had been caused by the need for him to go out and "buy a nice new pen".

And the former Lille man has now committed to a new deal that keeps him at Stamford Bridge until the summer of 2020, as well as putting an end to speculation over a move to Paris Saint-Germain.

"I am very happy to sign a new contract with Chelsea," he told the club's official website. "Since I came here in 2012 I have always felt good and the club has been very supportive to me.

"The manager has helped me improve a lot, the fans have been fantastic and I have an amazing understanding with my team-mates.

"I always try to give pleasure to the supporters with my style of play and it is nice to know they appreciate my work.

"I hope we can repay that support by winning lots of trophies, beginning with the League Cup at Wembley, and after that, we can push hard towards the end of the season."

Mourinho added: "I am very happy that Eden has signed a new contract. It shows he believes in the clubâ€™s coaching staff and players to help him become the best player in the world.

"He is already a top player and his evolution has been fantastic. He is still very young and he can become the best."

Hazard has scored 13 goals in 36 appearances in all competitions this season to help fire Chelsea to the top of the Premier League and into the knockout stage of the Champions League.