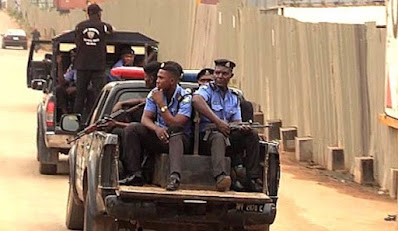 Spokesman, Ogun State Police Command, Abimbola Oyeyemi confirmed the abduction, but said three of the policemen had been rescued.

Asides the policemen, three vigilante men were also kidnapped by the hoodlums.

Acting on a petition by the Baale of the village, a team of 15 policemen and 35 local vigilantes stormed the village on Thursday.

They successfully raided the village and seized six single-barreled guns, 16 dane guns, and 16 cartridges were from the hoodlums.

According to The Punch, their colleagues ambushed the security operatives, launched attacks on them as they were leaving the community.

They reportedly fired gunshots at the police and attacked them with other dangerous weapons.

The DPO was reportedly shot in the arm while some others sustained various gunshot injuries, while four policemen and three vigilantes were kidnapped.