APC, PDP Supporters Continue To Clash In Ondo -- This Time At The Tribunal 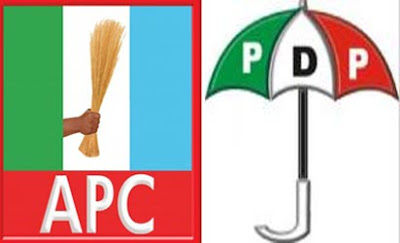 APC and PDP supporters have continued to clash in Ondo state and this time it happened at the tribunal. There was pandemonium today at the High Court Road, Akure, the Ondo State capital as the supporters of the All Progressives Congress and the Peoples Democratic Party engaged in free for all.

The fight took place outside the Ondo State High Court Complex, Akure, the venue of the Ondo State Election Petitions Tribunal. Some of the supporters were reportedly injured.

According to an eyewitness, the residents and the shop owners in the area had to run for their lives as the political supporters were fighting each other, using dangerous weapons. It was gathered that, for almost an hour, there was no vehicular movement in the area as a result of the crisis.

This happened when the election petition tribunal held its inaugural sitting on the petition filed by the candidate of the PDP in the October 10 governorship election, Mr Eyitayo Jegede, who is challenging the victory of Governor Rotimi Akeredolu of the APC in the election, The Punch.