ASUU: FG Reveals When Union Agreed To Call Off Strike 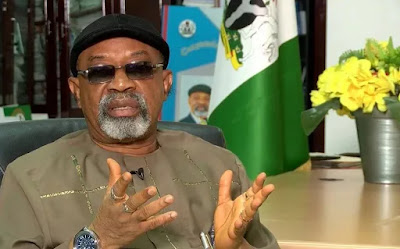 The Federal Government has claimed the Academic Staff Union of Universities (ASUU) had promised to call off their nine-month-old strike before Wednesday, December 9.

This was contained in a statement from the media office of the Minister of Labour and Employment, Senator Chris Ngige, on Tuesday.

Ngige insisted the government has delivered on offers made to ASUU.

The Minister was reacting to claims made by ASUU president, Prof. Biodun Ogunyemi, that the government has failed to deliver on offers it made to them.

Ogunyemi had made it clear the lecturers would not return to classes until their salary arrears were paid.

Ngige has, however, claimed ASUU agreed at their last meeting on November 27 to call off the strike.

“The truth of the matter is that a ‘gentleman agreement’ was reached at the last meeting in which ASUU agreed to call off the strike before December 9, 2020.

“And the minister, in turn, agreed that once the strike is called off, he would get a presidential waiver for ASUU to be paid the remainder of their salaries on or before December 9,” Ngige said

He added that, “the N40b Earned Academic Allowances have also been processed just as the N30bn revitalisation funds, bringing it to N70bn. Likewise, the visitation panels for the universities have been approved by the President but the panel cannot perform its responsibilities until the shut universities are re-opened.”

Ngige also revealed that lecturers were paid for February and March, before an extension was made to the months of April, May and June when they were already on strike, “on compassionate ground”.