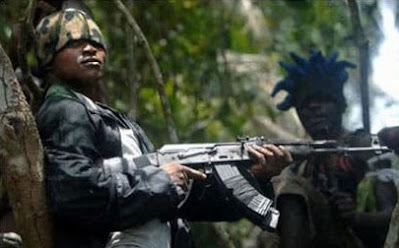 It was gathered that the gunmen stormed the premises of the school in a Highlander jeep.

Witnesses said the gunmen drove into the school and parked on the premises for some time before storming the school staff room with guns.

They reportedly took three teachers captives and forced them into their waiting jeep and drove away.

One of the witnesses, who would not want his name in print, said he was sitting with his two brothers when he suddenly heard shouts of “kidnappers! Kidnappers.”

“So we ran to the school, but the kidnappers have already gone. The teachers explained that some gunmen came into the school in army uniform

“They abducted three teachers. When our community boys heard the shout of kidnappers, they started running towards the direction of the school, but the kidnappers pointed gun at them.

“They started shouting to draw attention as the school is close to the road. Before others came, the kidnappers were already gone”.

When contacted, the Police Public Relations Officer for Delta State command, DSP Onome Onovwakpoyeya, confirmed the abduction of the teachers, saying the “action was carried out in commando style.”