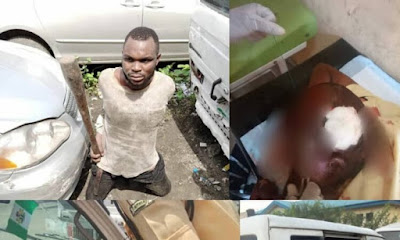 It was not a pleasant scene around Jakande in Lekki axis of Lagos State when a commercial bus driver attacked an officer of Lagos State Traffic Management Authority (LASTMA) enforcing traffic laws on the Island.

Trouble started when the driver, identified as Fred Onwuche, was arrested by the LASTMA personnel, Kosoko Razak, for not using his seat belt while driving.

Onwuche, driving an unpainted Suzuki Minibus with registration number AAA 693 YC, was said to have been angered by his arrest and attacked theLASTMA official with a pestle.

Confirming the development, LASTMA General Manager, Olajide Oduyoye, who condemned the attack, said that the injured officer has been taken to the hospital for proper medical attention. 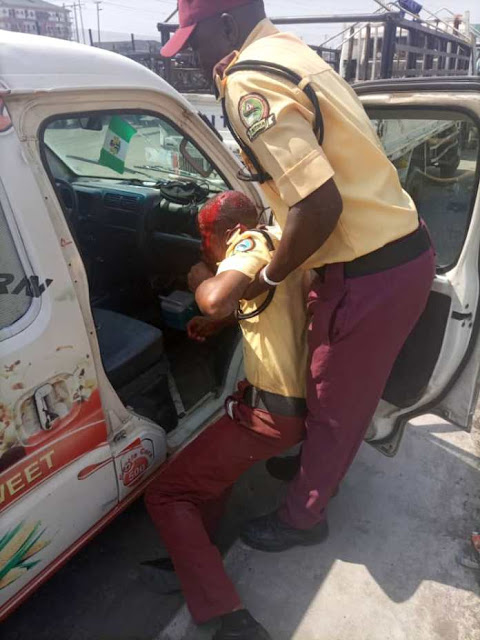 Through a statement issued on Tuesday, Oduyoye described the attack as premeditated attempted murder, adding that the culprit has been arrested and taken to Ilasan Police Division for further investigation and prosecution.

“The brutish attack on the officer by the suspect is totally condemnable and uncalled for. The way and manner it was carried out, it was like a premeditated attempt to kill the officer. We must, therefore, send a strong signal to others like the attacker by ensuring that the culprit is punished to the full extent of the law,” Oduyoye said.

Continuing, he added that “the law must go full circle in this case. There should be no shifting of ground or out-of-court settlement of this matter that could have thrown the Agency, colleagues and the family of Mr. Razak into mourning, if not for divine intervention,” the General Manager said.

He, however, said that LASTMA would remain focused on its duties despite “intimidation” and “assault” on its personnel, adding that anyone caught harassing its officers would pay dearly for such offence as stipulated by the law.

He implored motorists to ensure compliance with the traffic laws of Lagos State to avoid arrest, as its personnel would continue to apprehend traffic offenders and bring them to justice.