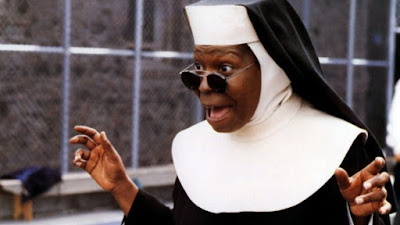 Whoopi Goldberg is set to don her nun's habit once again. Amid the headline-packed Disney Investor Day, the studio revealed that Goldberg has signed on to star in and produce a third film in the Sister Act series -- alongside Tyler Perry.

"Sister Act 3 is in development! 🎤" Disney tweeted on Thursday. "@WhoopiGoldberg returns to star and produce, with @TylerPerry as producer as well."

The studio also announced that the third film "will premiere on @DisneyPlus" instead of a traditional theatrical release. They did not yet reveal when fans can expect to watch.

It's been nearly three decades since Goldberg last played the musically inclined Deloris Van Cartier/Sister Mary Clarence in 1993's Sister Act 2: Back in the Habit.