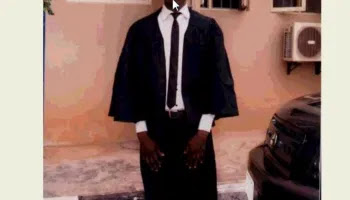 One Taiwo Daniel has demanded investigation into roles played by former Commander of Ilesa Area Command of Nigeria Police Force, Mr Joshua Atunise,  in the death of his son, Babatunde.

Taiwo, in a petition filed before the panel investigating police brutality in Osun State by his counsel, Mr Femi Fafowora, explained on Saturday that the victim and his colleagues were arrested at Ilo Ijesa, Osun State, on November 28 by the police.

According to the petitioner, as of the time the deceased met his death allegedly in the hands of Atunise, he was a Higher National Diploma Mechanical Engineering student at the Osun State College of Technology, Esa Oke.

He explained that his son was called by some of his colleagues in the campus-based paramilitary group, Cadet Corps, after they were detained at Ilo Ijesa by police while returning from an event.

He further explained that being their commandant, Babatunde went there and was arrested and labelled armed robbers along with colleagues by the police.

He said after much pleading, the policemen allowed them to go on the condition that Babatunde  would pay N30,000.

“The refusal of Babatunde to yield to their demand made the policemen call Mr. Joshua Atunise, the Area Commander, informing him that they have nabbed some armed robbers. Atunise ordered that they should be brought to Area Commander’s Office in Ilesa where they were detained.

“Atunise again called them armed robbers, but the Babtunde insisted that he was never an armed robber. This infuriated Atunise, who shot Babatunde twice in the thigh.”

Daniel also said the victim and his other colleagues were later transferred to Osogbo and were later taken to Office of Special Anti Robbery Squad in Oke Baale Area, where the victim died on November 29, 2008.

He said other colleagues of the deceased were later arraigned, but legal advice from the Ministry of Justice exonerated them, adding that despite court orders that the corpse of the deceased should be released, the police had refused to obey the orders.

The chairman of the panel, Justice Akin Oladimeji (retd.), ordered that the hearing notice be sent to the respondents and adjourned the matter till December 17, 2020.