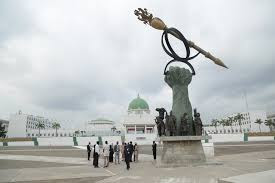 The aides, under the auspices of the National Assembly Legislative Aides Forum, in a letter dated December 13, 2020, also issued a 48-hour ultimatum, from Monday, to the management to clear the backlog of unpaid salaries, failing which they would picket the premises.

The petition has six signatures, each for the six geopolitical zones: South-South, North-Central, South-West, North-West, South-East and North-East.

The signatories, who did not put their names, however, put their telephone numbers beside their signatures.

The fresh petition by the aides read in part, “We are by this letter issuing a 48-hour notice of our intention to commence series of actions to drive home our demands the payment of our 2019 salary arrears. Starting from Wednesday, 16th of December, 2020, we shall, among other steps, invoke Section 40 of the 1999 Constitution (as amended) to embark on peaceful gathering around the precincts of the National Assembly Complex.”