US Finally Removes Sudan From ‘state Sponsors Of Terror’ List 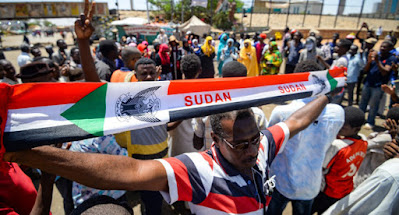 The United States has formally removed Sudan’s designation as a “state sponsor of terrorism”, 27 years after putting the country on its blacklist.

The announcement was made by the US embassy in Khartoum and comes into effect on Monday.

“The congressional notification period of 45 days has lapsed and the Secretary of State has signed a notification stating rescission of Sudan’s State Sponsor of Terrorism designation is effective as of today [December 14], to be published in the Federal Register,” the US embassy said on Facebook.

The removal from the list was a top priority for Sudan’s transitional government, which has been in power since August last year following the removal of longtime President Omar al-Bashir in the face of months-long protests against his rule.

The US government added Sudan to its list of “state sponsors of terrorism” in 1993 over allegations that al-Bashir’s government was supporting “terrorist” groups.

The designation made Sudan technically ineligible for debt relief and much-needed financing from major international institutions, in the midst of an economic crisis marked by shortages in wheat and fuel.

Sudan’s acting finance minister said on Monday that the US had committed to providing support for wheat and other commodities over four years as well as for debt relief.

“The US government has committed to providing over $1bn that will support Sudan on its road to debt relief … This is in addition to in-kind support that includes the provision of wheat and other commodities over four years,” acting Finance Minister Heba Ahmed said.