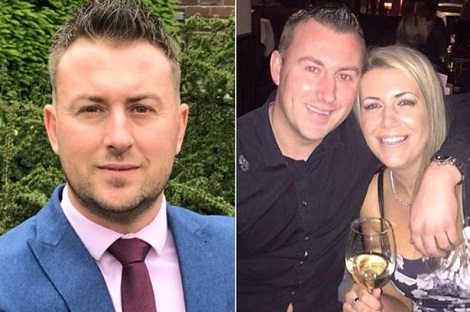 A newlywed killed himself after key signs of worsening mental health were missed during the coronavirus lockdown, an inquest heard.

Craig Murray, 41, previously had face-to-face meetings with experts after suffering a severe bout of paranoia which caused him to fear his friends were "out to kill him" and that his home had been "hacked".

The father-of-one took three overdoses in five months and confessed to thoughts of taking his own life but when strict Covid restrictions began in March, he could speak to medics only over the phone.

The experts failed to spot signs of his deteriorating condition and wrongly classed him as an "amber zone" patient when he should have been graded in the maximum risk "red zone" category, the inquest heard.

On May 23 this year Mr Murray was found dead at Etherow Country Park, a beauty spot where he had proposed to his wife near his home in Marple, near Stockport, Greater Manchester.

Health officials have since admitted mistakes were made with his treatment.

Mr Murray, who had a 15-year-old son from a previous relationship, had been married for 18 months and worked for the Lookers car dealership in Stockport having previously worked for Mercedes.

His widow Jayde, a business manager for Barclays Bank told the Stockport hearing: "He was an amazing husband and an amazing father and would do anything for anyone. He was happy, hardworking and we had been married for 18 months when he died.

"It has been about a year to the day since he went to work on a Monday morning and was happy and fine, but when he came home, he was a completely different person.

"He was stressed, upset and said he wanted to go and live in the USA with a friend. Within the space of seven hours of him having gone to work there was a drastic change in him.

"In the run up to that Monday he had been stressed at work as there are targets to meet and started to have thoughts in his head that his friends wanted to kill him and he wanted to take us to the USA to escape.

"He said he thought he was in danger and the house CCTV, WiFi and phone had been hacked. I took him to the doctors that week and there he tried to say his friends were after him."

The inquest heard how Mr Murray began seeking medical help in January over fears people were out to harm him.

Jayde continued: "He had an appointment at hospital in January where he further explained his thoughts saying he believed people wanted to kill him.

"He was told he would receive a follow up appointment but the following February he would lock the bedroom door at night and would wake up in the night thinking there were people outside and following him.

"He decided to separate from me saying he thought I was going to be killed as well, and that if I moved away from him I would be safe. The week before he moved out he took an overdose then he moved in with his mum before lockdown happened.

"One of the last times I rang him he said he thought the phone was bugged. He was so upset and I pleaded with him not to do anything stupid. He said he wouldn't. He would say that because he didn't want to worry us."

Mr Murray's father Peter said: "He had two home visits from the mental health team and then coronavirus hit, so telephone counselling started.

"Although I understand the reasons for that, I don't think there is any substitute for one-to-one meetings because body language can be picked up.

"I think if he had had one-to-one sessions it would have been even more apparent, he was not of sound mind. I rang a private counselling service and asked if anyone could give him one-to-one support but they said that would not be possible.

"Craig is not coming back, but if it could save one more life, face-to-face support is paramount. It is all in the eyes and the demeanour.

"If the experts had seen him pacing around they may have understood more about him. I just think it is a better way of making a judgment."