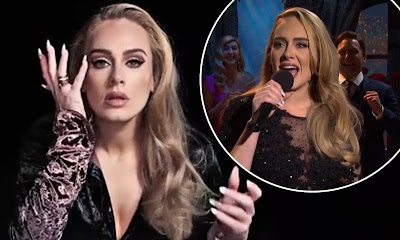 Adele has finally started recording her new music — five years after the release of her last album.

The Someone Like You singer, 32, had a top secret recording session in a studio in London last week, it's been revealed.

It will be the first music she's put out since the release of her record 25 all the way back in 2015.

Speaking on The Eddie Trunk podcast on SiriusXM, Matt revealed: "I just got to work on some new music for Adele.

"To hear that voice in my headphones was getting me chills. It was just so powerful and emotive.

"You know her voice, but to be across the room from somebody doing that, it's just insane.

"You hear it on the radio and whatever and you go, 'Yeah, it's really good,' but to be in the room with these people and feel that energy, it's just so heavy."

Adele's new material is likely to be inspired by the whirlwind few years she's had since her last album came out.