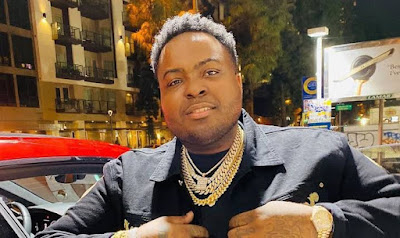 Popular American- Jamaican musician, Sean Kingston has reportedly been charged with grand theft and has an arrest warrant over an unpaid jeweler.

According to TMZ, the Beautiful Girls singer  was charged in connection with grand theft over jewelry that was delivered to him.

The rapper has had issues with jewelry bills in the past. Back in 2016, TMZ reported that New York jeweler Aqua Master sued him for not paying for over nine pieces, worth a combined $300,000.

According to the lawsuit, the jeweler received two checks instead of a wire transfer, and both checks bounded. The jeweler claimed Kingston could be seen wearing the jewelry in Instagram posts.

In April 2017, Kingston told TMZ he always paid for his jewelry. However, in February 2018, TMZ reported the judge issued a default judgment because Kingston never responded to the lawsuit in court.

Kingston's last album was released in 2013, but he is working on new music he plans to release in 2021. His single "Fire Burning" was recently certified gold in the U.K.

In an interview with the Jamaica Observer earlier this month, Kingston said he was keeping in touch with his fans during the pandemic. He has over 1.1 million followers on Instagram. 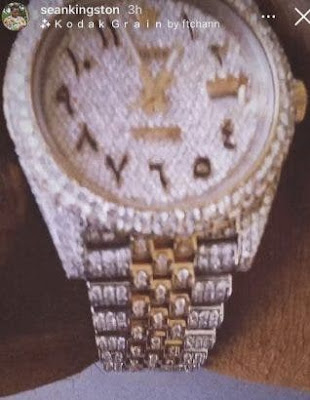 "A lot of artists right now is kinda stressed out because we make our income from shows; we make money off [your] merchandise; and we make money off ah streaming," Kingston told the Observer. "What [I] would say is, the world is under a pandemic [so] we just have to pray and keep God first... Everybody is going through it, no matter how big you are, no matter how small you are.

Some people can't travel, some people can't see dem family. It's a mess right now. All we have to do is to stay together as one and count our blessings that we do have and keep it moving."