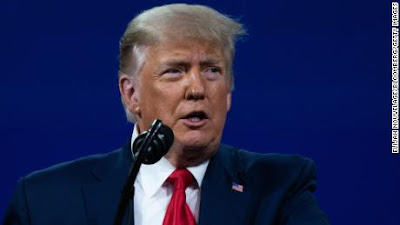 Former US President Donald Trump has said he has no plans to form a new political party, promising instead to unite a Republican Party that has splintered after his supporters overran the United States Capitol in a deadly riot.

In his first major speech since he left the White House last month, Trump said the GOP is “going to unite and be stronger than ever before”.

“I am not starting a new party. That was fake news,” he told the crowd at the Conservative Political Action Conference (CPAC) on Sunday afternoon.

“We will be united and strong like never before. We will save and strengthen America and we will fight the onslaught of radicalism, socialism and indeed, it all leads to communism,” said Trump, who spent much of his speech hitting out at US President Joe Biden.

Trump repeated his false claims the November presidential election was stolen from him and also hinted at another possible presidential run.

“They just lost the White House,” Trump said. “But who knows, who knows, I may even decide to beat them for a third time.”