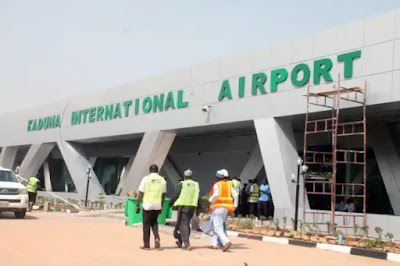 Scores of gunmen, wielding AK 47s and RPGs, breached the Kaduna Airport early today, storming through the runway 05, to attack the residential quarters of the Federal Airport Authority of Nigeria(FAAN).

According to a report, the bandits succeeded in abducting nine persons, including a family of six and a housewife with her two children, living in the quarters.

They would have taken more captives, but for alert soldiers from the barracks nearby, who heard the sporadic gunshots being fired by the bandits.

The soldiers mobilised to engage them, in an incident said to have happened at some minutes after midnight.

But for the intervention of the military, the bandits who were in large numbers wanted to kidnap the entire residents of the quarters, a FAAN engineer told The Nation.

“Initially when I started hearing gunshots, I was not even bothered, because I thought whoever came here to rob or do anything has made a mistake of his life because we have a military barrack at the airport.

“But, I later became restless when after like 30 minutes, bullets were still raining.

‘’Along the line, the soldiers came in and engaged the bandits in a serious gun battle.

“But the soldiers could only prevent them from picking more people because the bandits came with two RPG alongside their many AK47 rifles.