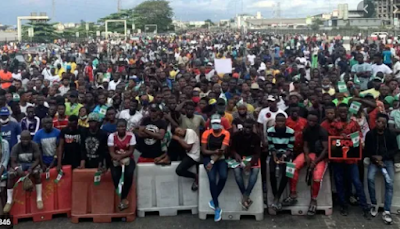 The Attorney General of Lagos State, Moyosore Onigbanjo, has reportedly struck out the case against #EndSARS and #OccupyLekkiTollGate protesters.

It was also stated that the belongings of protesters seized by law enforcement agents during their arrest are to be returned.

This was stated in a tweet by @citizen_gavel, a company of over 160 lawyers that has been at the fore of the fight against injustice.

The Attorney General of Lagos State has sent a directive to withdraw all charges against the Defendants, all Prostesters' belongings seized by the Police/ its Agents or privy are equally ordered to be returned to them.

Case has been struck out.'' @citizen_gavel tweeted.