ISIS have been pictured dropping concrete blocks onto the head of two thieves as a retribution for their crimes.

Watched by a massive crowd, the masked killers slammed the blocks of stone onto the menâ€™s heads in â€˜qisasâ€™ â€“ meaning â€˜eye for an eyeâ€™ â€“ retribution.

The militants raise their hands to the sky as the blocks rain down on the men, who are bound and had their heads hung over a kerb.

They had reportedly robbed and murdered women in the Nineveh province in northern Iraq. The notoriously media-savvy organisation released the images on social media which were shared by ISIS supporters 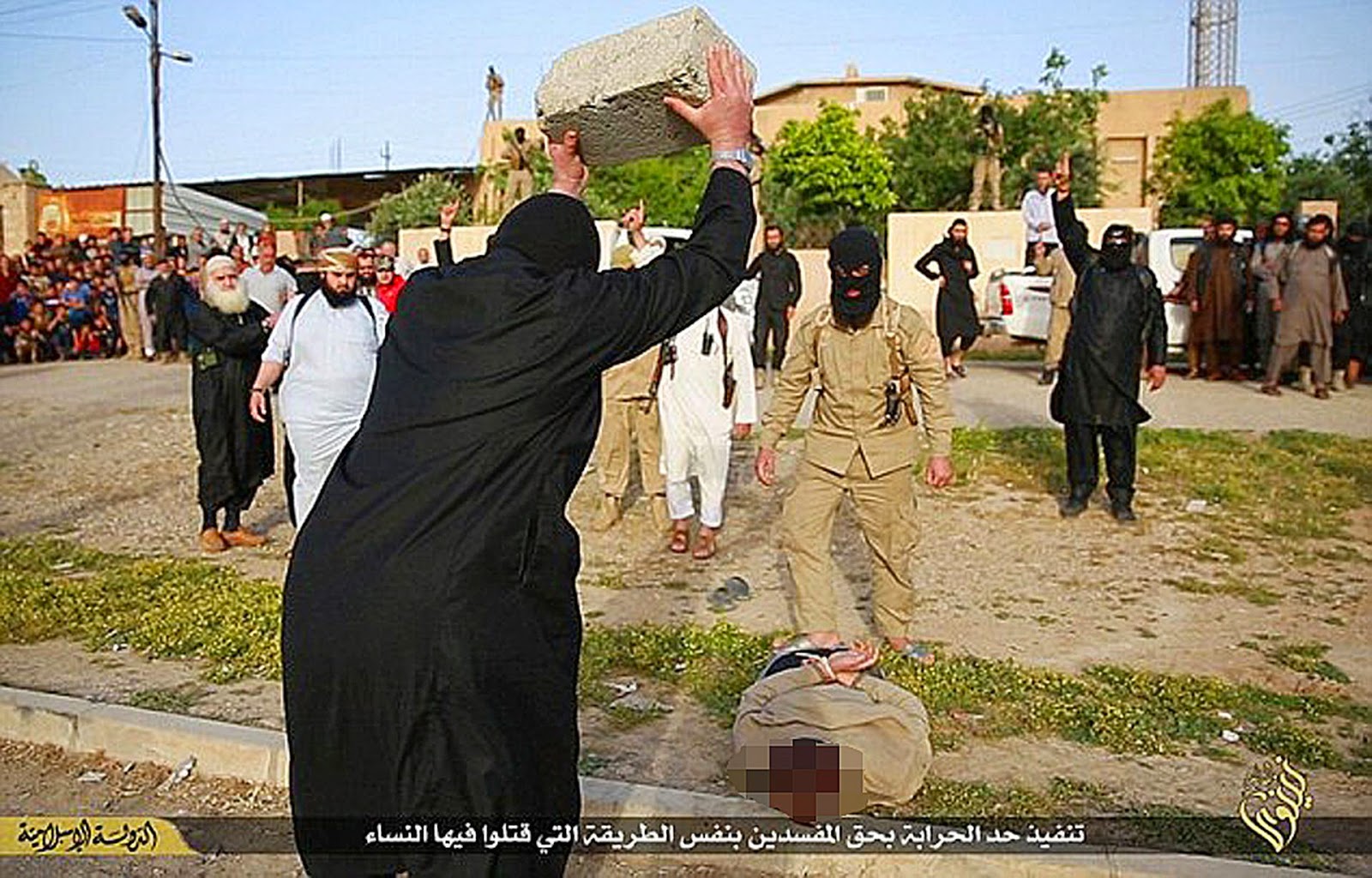 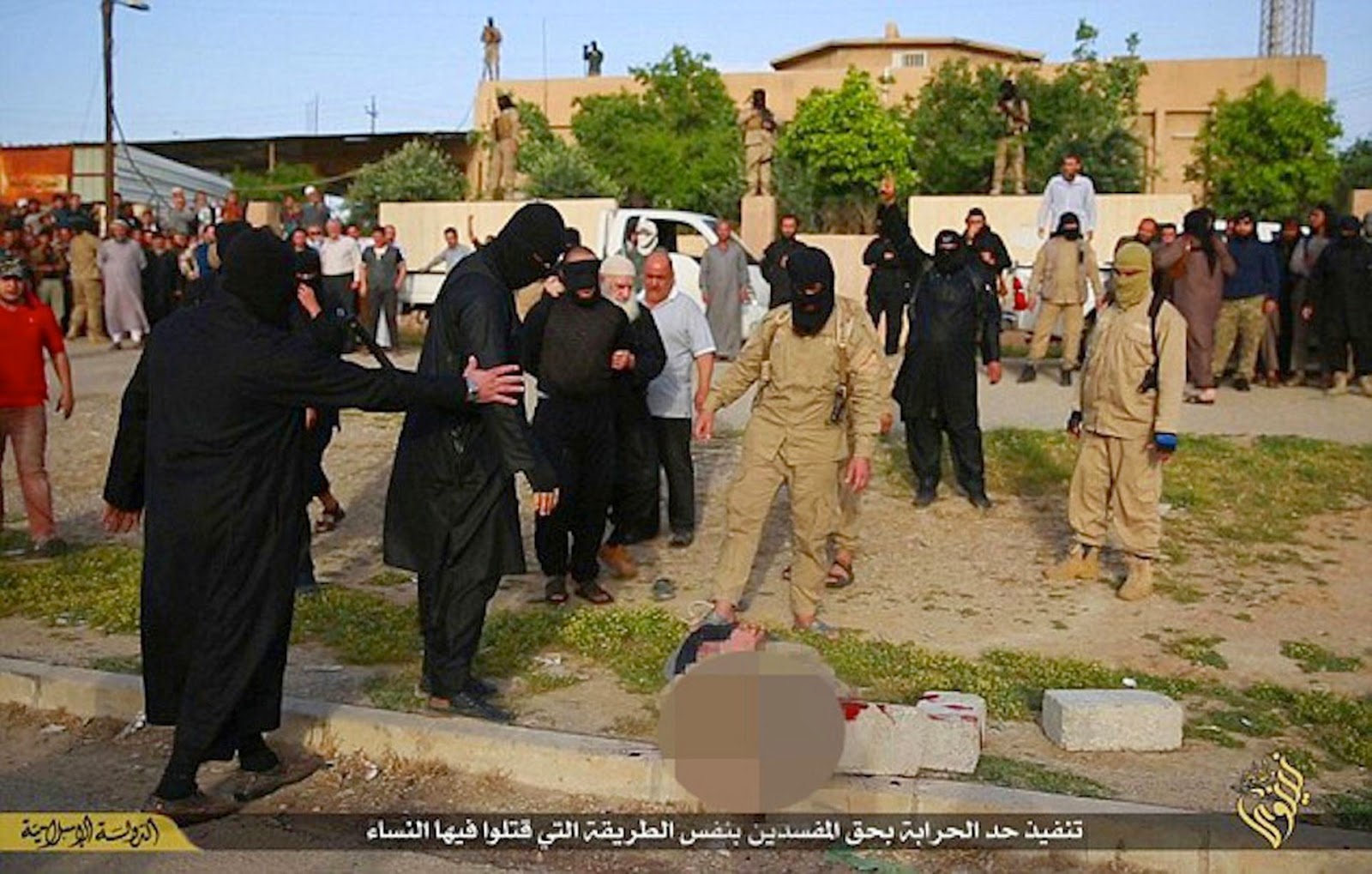 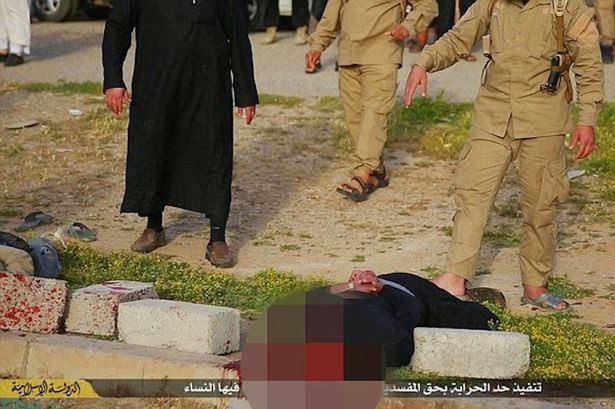