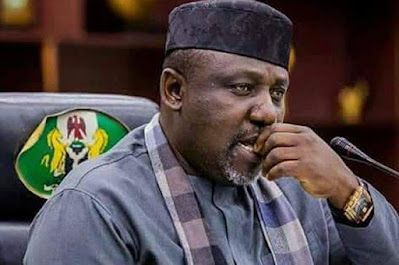 Okorocha was arrested in Abuja, but the EFCC has not yet given reason for his arrest.

When asked the reason for the former governor’s arrest, Uwujaren said the commission would not disclose the reason yet.

Okorocha’s arrest might not be unconnected with the raging feud between him and his successor, Governor Hope Uzodinma.

Uzodinma had accused his predecessor of fraudulently spending N106 billion on fictitious contracts.

The Justice Benjamin Iheka-led Commission of Inquiry on Contracts awarded between 2011 and 2019 in the state set up by Uzodinma indicted the former governor.

The commission submitted its report to the governor last year, indicting the Okorocha’s regime and saying it uncovered fraudulent contracts worth over N106 billion which the regime should be made to refund.

Uzodinma had said the commission’s investigation covered the award of contracts during the period of Okorocha’s administration from 2011 to 2019.