New data was released on Tuesday night, revealing just how much money each Premier League team earned last season in payments from the Premier League.

The payments came via revenue distributed to clubs from income generated from the sale of central broadcasting rights (UK and international) and other central commercial rights.

Chelsea, the champions, earned the most amount of cash in 2014-15, scooping in a record Â£99 million from the Premier League.

Looking at the top four, Man City (who finished second in the league) earned the second highest amount of cash, while Man United showed the power of their commercial brand by earning more than Arsenal, despite the fact that the Gunners finished the season in 3rd while the Red Devils were left in 4th. 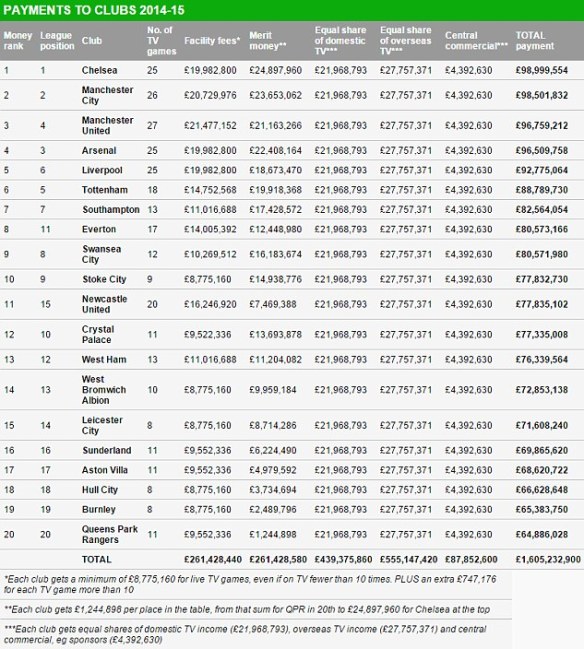