Mourinho: I have high hopes for Cuadrado 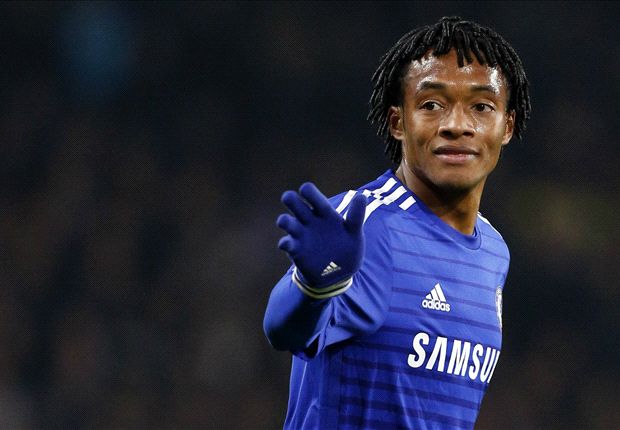 The 27-year-old forward had been linked with a summer move after a poor first few months in the Premier League but his manager is backing him to be a big hit at Chelsea Jose Mourinhoinsists that Juan Cuadradowill not be leaving Chelseathis summer, expecting big things from the Colombian next season.

The 27-year-old has struggled to make an impact since his Â£27 million move from Fiorentina in January, with Mourinho's judgement questioned after Mohamed Salah, included as part of the deal, excelled on loan in Italy.

After starting just four Premier League games and racking up only 316 minutes of action in his maiden campaign, Cuadrado had been heavily linked with an immediate move away amid rumoured interest from Inter.

But Mourinho has no intention of giving up on the Colombian so early in his Chelsea career and hopes that a strong Copa America campaign could boost his confidence ahead of the Blues' title defence next season.

"Cuadrado is not going anywhere this summer," Mourinho toldDirecTV Sports.

"People don't know Cuadrado yet, I have seen him many times when we were both in Italy, me at Inter and him at Udinese.

"Because of that I have a lot of hopes for him for next season. I hope in the Copa America he can regain his self-esteem, his ego and that he has that joy of playing."

Cuadrado shone at last summer's World Cup and carried that form into the 2014-15 Serie A campaign, bagging four goals and three assists in 17 outings, but created just one goal after moving to west London.