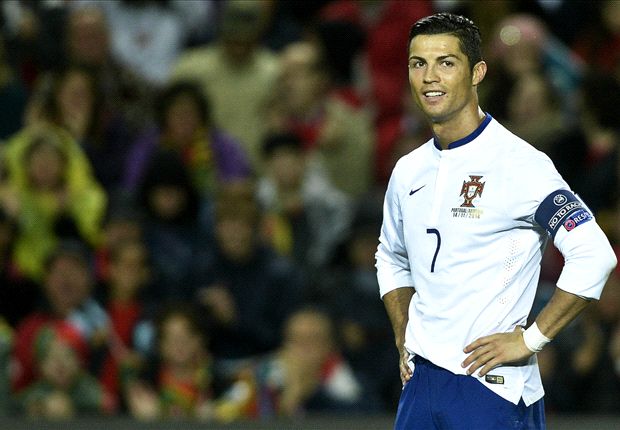 Playing as Portugal's central striker, the onus was on skipper Cristiano Ronaldoto maintain his side's charge to Euro 2016 qualification - and he did not disappoint.

Rafael Benitez is expected to deploy the Real Madrid superstar in a more advanced No.9 role next season and, if his display against Armenia on Saturday is anything to go by, such a tweak in tactics is to going to pay immediate dividends.

Feeding on Armenia's defensive errors, as well as some moments of individual magic, Ronaldo struck a hat-trick to move Fernando Santos's side onto 12 points in Group I and a step closer to automatic qualification.

All three of the former Manchester United star's shots on target hit the back of the net, while one of his 54 touches was simply sublime, as he expertly plucked the ball out of the air with his left foot before moving forward and smashing an unstoppable shot into the top corner.

From his 75% passing accuracy to his one successful tackle made.