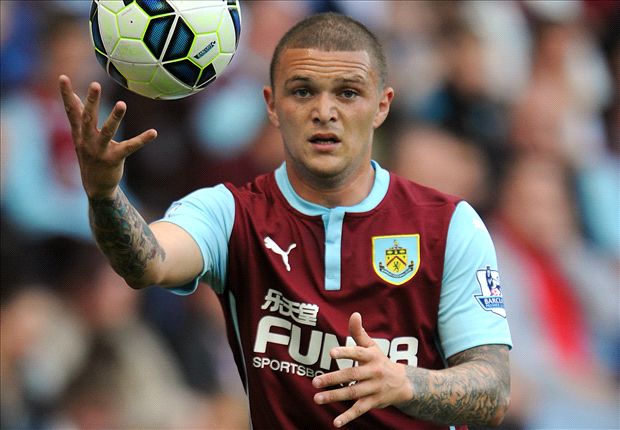 The former England Under-21s defender passed a medical on Thursday and has now agreed terms with Spurs, with the 24-year-old set to compete with Kyle Walker for a first-team place Tottenhamhave completed the signing of Burnleydefender Kieran Tripper, with the 24-year-old signing a five-year deal with the north Londoners.

Trippier becomes Spurs' second signing of the summer, following on from centre-back Kevin Wimmer, and completed his Â£3.5 million move after penning terms and passing a medical.

The former England Under-21s international was ever-present for Burnley last season, playing all but four minutes of a campaign that ended in relegation, and is expected to compete with Kyle Walker for a place in the first team.

SIGNED: We are delighted to announce that we have completed the transfer of @trippier2from Burnley. pic.twitter.com/f43daSAyDdâ€”

"When I first heard that the club was interested I didn't have to think twice," Trippier told Spurs' official website. "It's such a big club and now I just can't wait to get started and show everyone what I can do.

"Whenever I get a chance, I want to do well for the other players, the staff and, of course, the fans. Iâ€™ll take every opportunity I get with both hands and hopefully play my part for everyone at the club."

Trippier was named Burnley's Player of the Year in 2013-14, recording 14 assists as the Clarets won promotion, and continued that fine form in the Premier League.

In his 38 top-flight appearances last season, he contributed four assists, helped to keep 10 clean sheets and made more successful crosses (92) than any other player in the division. 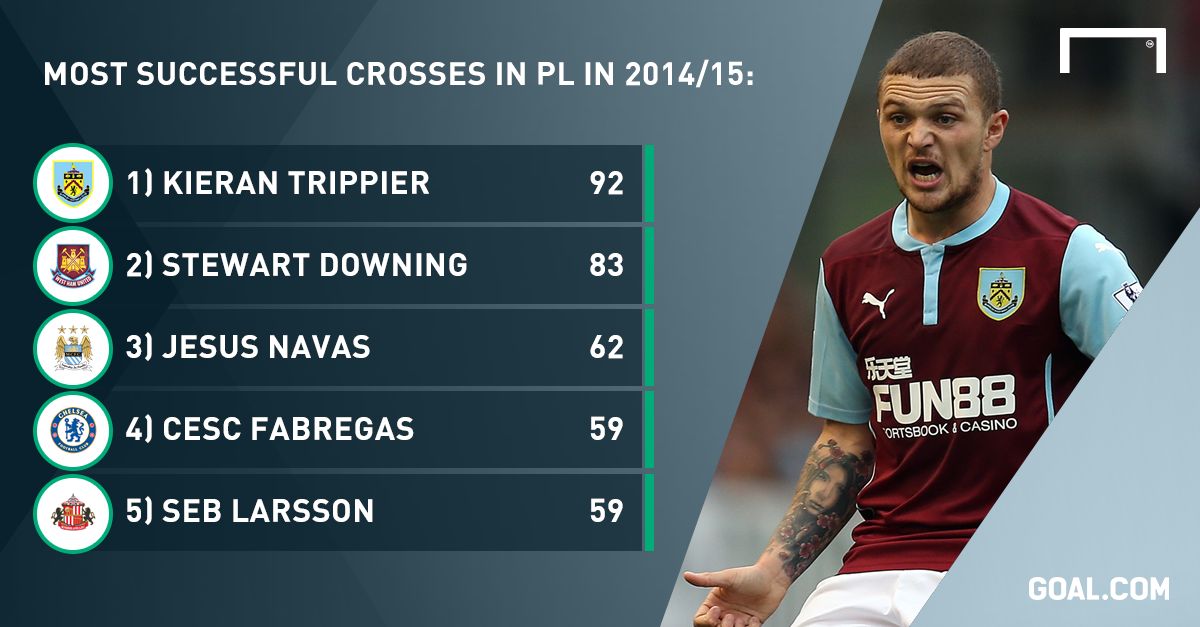