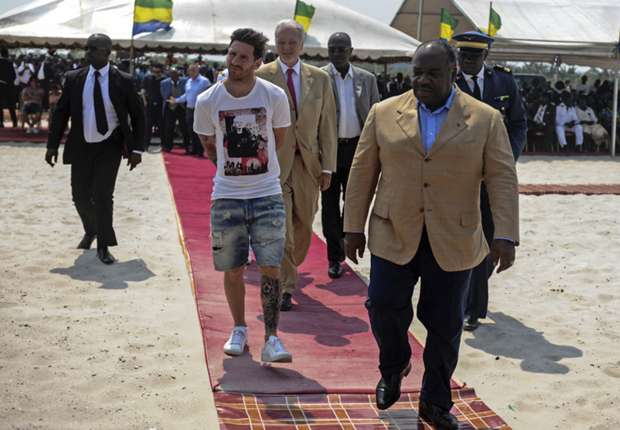 The Barcelona star was a guest of President Ali

Bongo Ondimba on Saturday to lay the ground for a

new facility that will host matches of the 2017

visit to Gabon on Saturday where he helped to lay the

foundation for a new 20,000-seat stadium in Port-Gentil.

The Argentina captain was a guest of President Ali Bongo

He signed autographs for many joyous fans before he was

driven in a presidential convoy to the scene of the

"When I was in Barcelona a few years ago, I saw Messi and

he said he would come to visit me in Libreville," President

"It was a promise which he made to me. He is a man of

honour, one who has kept his word. The calendar worked

Port-Gentil, Gabonâ€™s second biggest city, will be home to

They would hope to do better than the quarter final finish

from the last time.