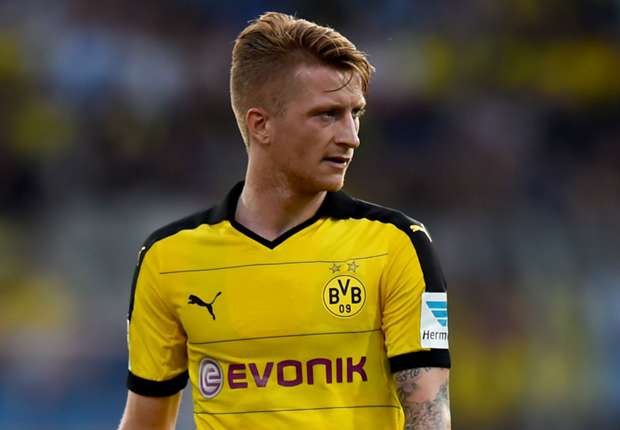 The Germany international has been troubled by

ankle problems in recent years but he is expected to

return to training later on Monday

has suffered another serious ankle injury, insisting that his

latest knock is "nothing serious".

The Germany international pulled up in training on Monday,

sparking concern that a player who was forced to sit out

last year's World Cup was facing another lengthy spell on

However, Dortmund have promptly reassurred their fans

that there is nothing to worry about.

"Marco Reus has a slight ligament problem," read a post on

admitted that the Bundesliga outfit are considering bringing

in a replacement for striker Ciro Immobile, who has been

allowed to join Sevilla on a season-long loan.

"We never said we will not sign another striker after selling

Ciro," he said. "We continue to discuss this."