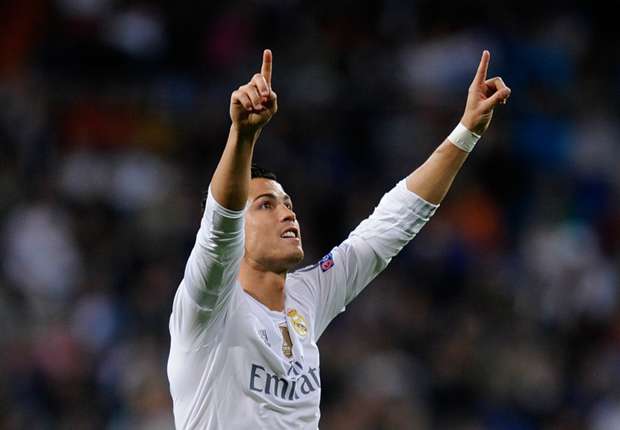 hailed Cristiano Ronaldo as he prepares to

become the highest goalscorer in the club's

draw level with Raul's tally of 323 ahead of

Saturday's Liga meeting with Granada at the

Ronaldo scored a hat-trick in the club's

Donetsk on Tuesday, days after finding the

back of the net five times in the 6-0 thrashing

And Perez - who brought Ronaldo to the club

from Manchester United for a then world-

believes there is still much more to come from

He said: "Cristiano Ronaldo is already a legend

of Real Madrid and has earned a place in the

history among the largest in this club.

"He has already been the top scorer of Real

Madrid in the league, and certainly in the

coming days will be the top scorer of all time.

"He's a unique player who is going to continue

to give us much happiness."

- who joined Porto in the summer - and said it

was the goalkeeper's choice to leave rather

"Iker Casillas made the decision to go. He

strongly recommend us to accept it and asked

us to help. We did it because he deserves it.

"He has been the best goalkeeper in the history

of Real Madrid and the Spanish football. His

example remains and leads the way for those

who dream of being part of this team."