MIHAJLOVIC: MILAN DON'T DESERVE TO HAVE MORE THAN THREE POINTS 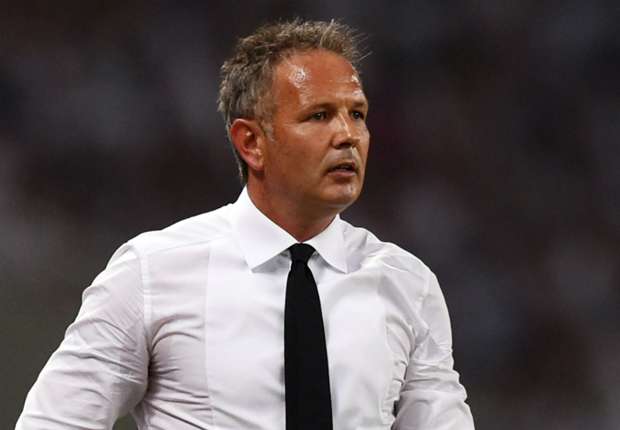 Sinisa Mihajlovic has told his Milan players they do not deserve to have any more than the three points they currently have on the table in Serie A.

Last weekend's derby loss to Inter means the Rossoneri have lost two of their opening three league fixtures ahead of Saturday's clash against Palermo.

Mihajlovic warned his players not to feel sorry for themselves going into the clash, saying they only deserve to have a maximum of two or three points on the board at this stage.

"In Florence we deserved to lose, against Empoli we should not have won but we did and in the derby we didn't get what we felt we had earned with our performance," the head coach said at his pre-match press conference.

"Perhaps we should have drawn with both Empoli and Inter, but then we would only have two points. Everyone expected more from us in this first month, but for the time being we deserve the points we have.

"The statistics never lie. We have had chances to shoot but have chosen other options. We must improve and take advantages of the chances we get better.

"Palermo are a good team, we must repeat the performance we gave against Inter and put all our anger on the pitch. We must continue on this path and play our own game.

"You always feel pressure when you are at Milan, it will always be like this. We must stay calm, knowing that if we play as a team we can get a lot of satisfaction and only think about ourselves."

Mihajlovic confirmed he will be naming the same starting XI that played in the 1-0 loss to Inter, meaning Mario Balotelli will again take his place on the substitutes' bench.

"The same team that played in the derby will start on Saturday," Mihajlovic said.

"I would like to let 25 players play but I can't. I must make decisions, right or wrong. Balotelli has started well - he must do that every time he gets the chance to play.

"Injuries are part of football and I hope Menez can recover, along with [M'Baye} Niang and [Andrea] Bertolacci. Without doubt Menez was one of our best players last season, but I don't want to talk about injured players to find excuses."