JUVENTUS ARE BACK - ALLEGRI 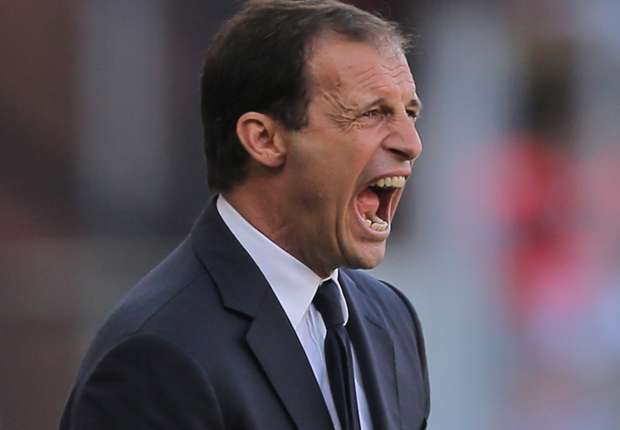 The coach was happy with his side's first

league win of the campaign and believes they

will continue to climb back up the table

Massimiliano Allegri is confident Juventus are

on their way back to the top of the table after

they picked up their first Serie A win of the

up the table after picking up just one point in

their first three matches of the campaign.

behind league leaders Inter and while Allegri

feels the San Siro club and Roma are genuine

contenders this year, he insists his team are

still one of the top teams in the league.

"I always said that Inter are the favorites along

with Roma and Juventus, but looking at the

standings today, we are back," he said.

"Everyone is going through the motions: Garcia

is saying we are the favourites - the opposite of

what he said last year.

"We won because we played carefully

and defended in an orderly fashion and we have

suffered just one shot on goal. It is a well-

deserved win, now we have to gradually get

closer to the front runners.

"There are 10 new players, so I cannot expect

perfection right away. We did not concede a

goal and that was important.

"But we must improve how we manage the ball,

especially when it's 11 against 10. We should

have lowered the pace after Genoa's red card

and then speed it up, instead we hurried too

much and wanted to hit a shot after two or