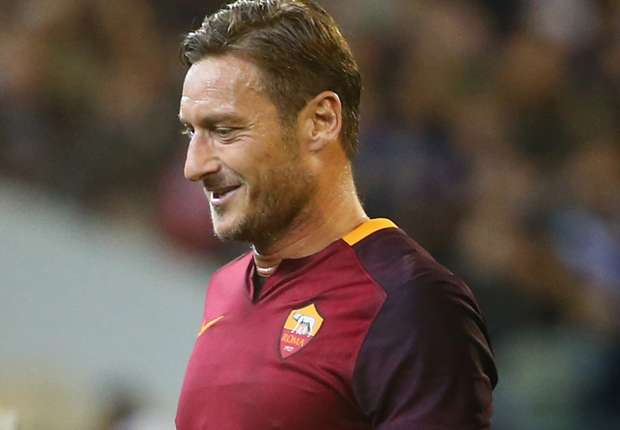 The 38-year-old, who has spent his entire

professional career with the Giallorossi,

reached the historic milestone with his 244th

strike in Serie A.

goal for the club in Sunday's Serie A clash with

Sassuolo at the Stadio Olimpico.

The former Italy international, who turns 39 next

before half-time when he whipped home a pass

Sassuolo, though, were furious that the goal

was allowed to stand, as Totti had clearly been

standing in an offside position when he was

picked out by his Bosnian team-mate on the

edge of the area.

Still, their protests did not dampen the

enthusiasm of the home fans, who once again

rose to their feet to applaud a player who has

Indeed, Totti was just 16 years of age when he

made his Giallorossi debut in a Serie A clash

The forward, who called time on his international

and lifted one Scudetto and two Coppa Italia

titles with his hometown club.