INTER ARE TOP, BUT JUVENTUS ARE FAVOURITES - ICARDI 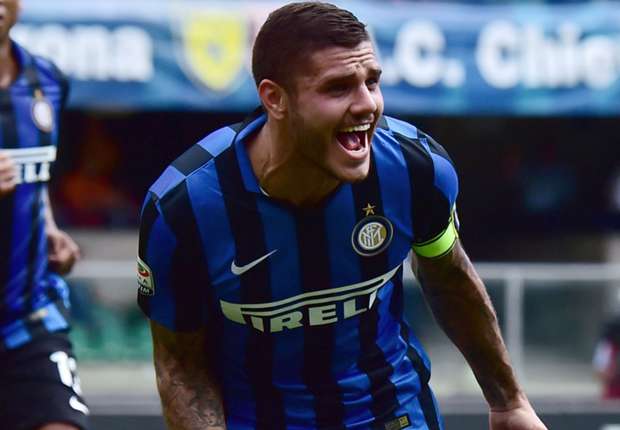 The striker scored the winning goal in Sunday's

match against Chievo to maintain his side's 100

per cent record in Serie A but says it is too

early to talk about winning the title.

Despite sitting top of the table with a perfect

record, Mauro Icardi feels it is too early to talk

of Inter winning Serie A and insists that

Juventus are still the favourites to lift the title.

The 22-year-old nettted the only goal of the

game on Sunday as Inter beat Chievo to ensure

they remain top of the table with four wins out of

victory of the season, beating Genoa 2-0.

However, Icardi insists his side, who finished

eighth in the table last season, are still not

favourites to win the title, but is happy with the

progress they have made.

"We have nine or 10 new players and we're

doing really well at the moment," he told

reporters. "We've made a good start to the

season but it's still early to be talking about the

"Juventus won the league in each of the last

four seasons and they're the favourites this

time as well. We're working on our

understanding: little by little it will all start

coming to us automatically."

The match winner has recently been made Inter

captain and he feels he has matured at San Siro

since joining two years ago.

"I'd already had this feeling of being captain - a

"I think I've matured with time. I have my family

to thank for that as they've always been very

close to me. If the team wins, I'm happy.

"It's your duty to score goals when you're a

striker. I wasn't worried because I knew that

my goal would come sooner or later against

"It was an important goal for the team today

and it wasn't easy to score."