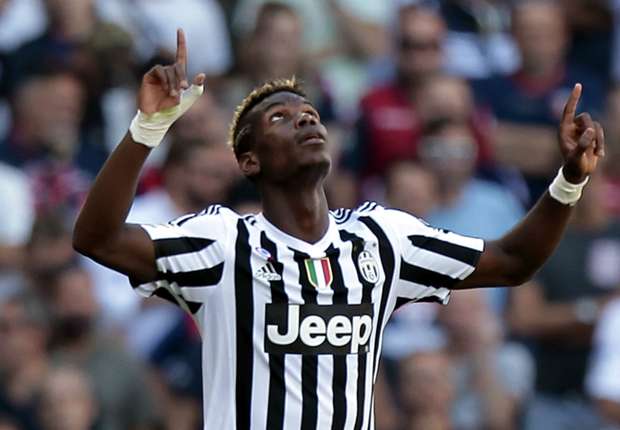 The midfielder feels the Serie A champions do

not rely on individual skill as much as they did

last season and is happy the club have put a lot

of faith in him.

and Andrea Pirlo this season because they play

more as a team without them.

The trio departed in the transfer window as the

Serie A champions underwent many changes

ahead of the current campaign.

Pogba struggled to find his best form in the

opening weeks of the season, but had a hand in

both of his side's goals as they beat Genoa 2-0

on Sunday and he feels the team work has

"With Carlos, Arturo and Andrea we could rely

on individual moments of brilliance. Now we

play more as a team," Pogba told the club's

shirt from Tevez following the latter's return to

Boca Juniors, thus following in the footsteps of

compatriot Michel Platini, and he is determined

to honour the jersey.

"Taking on the number 10 is to follow in the

footsteps of Michel Platini and several other

Juventus greats. It's very important that I

honour the shirt on the pitch, the club has

shown a lot of faith in me," he added.

"I need to keep working on my game, both in

terms of build-up play and my runs off the ball. I

need to put in strong performances both for the

benefit of myself and that of the side."

Juve's win over Genoa was their first in Serie A

this campaign and the France international has

urged his team-mates to keep it up in the

"We haven't achieved anything yet. Until today

we had just one point in the table, now we've

four. We're happy with the win, but we need to

"We're just concentrating on ourselves right

now. There's a long way to go between now and