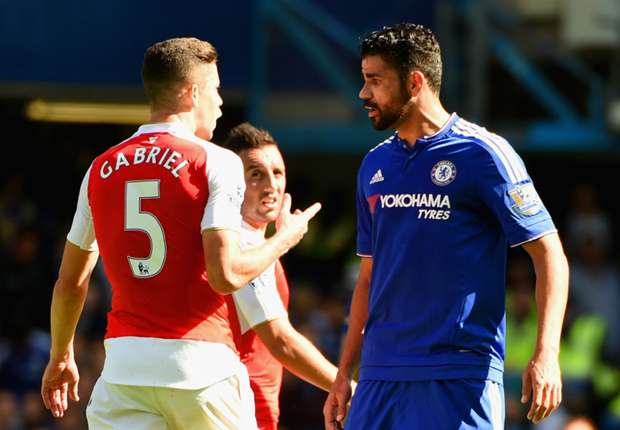 The defender says he didn't mean to label his

team-mate a "cheat" after attempting to defend

him over his role in Gabriel's red card in

Chelsea's victory over Arsenal on Saturday

for calling Diego Costa a "cheat" while trying to

defend him in an interview on Monday.

Costa was roundly criticised for his part in

1-0 at Stamford Bridge on Saturday, and has

repeatedly been singled out for his aggressive

behaviour during his time in both La Liga and

But Zouma, who scored the opening goal

against the Gunners, insisted he and the rest of

his team-mates were happy with the striker's

Asked whether he was shocked by Costa's

actions by beIN Sport, he replied: "No, we're not

surprised because we know Diego.

"Everyone knows Diego and this guy likes to

cheat a lot and put the opponent out of his

"That happened in the game but he's a really

nice guy. We're proud to have him, like the

other players, and we're happy to win this

Zouman apologised for his use of the word

"cheat" but reiterated his support for Costa.

Sorry for any confusion, English is not

my first language & I did not mean to

accuse anyone of cheating. Simply to

....Diego is a player who puts pressure

on his opponents & who I have huge