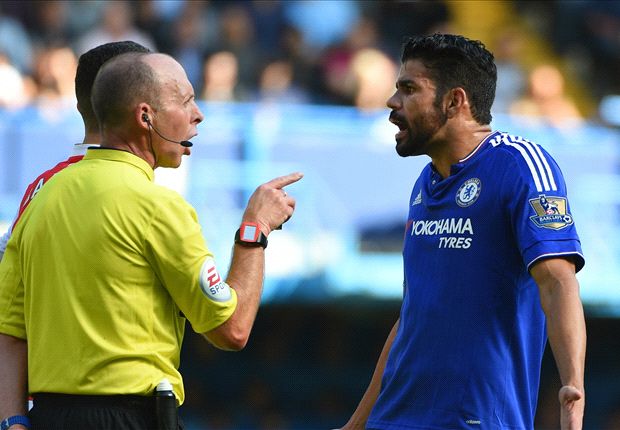 The Chelsea defender claimed the striker â€œlikes to cheat a lotâ€ in a post-match interview but reveals he has spoken with his team-mate to clear up the misunderstanding Kurt Zouma has revealed that he personally apologised to Diego Costa after mistakenly calling him a â€œcheatâ€.

After Costa was heavily criticised for his overly physical display in Chelsea's 2-0 victory over Arsenal, Zouma told beIN Sports that his team-mate â€œlikes to cheat a lotâ€.

The Chelsea defender quickly posted an apology on Twitter and has since spoken to Costa, who is serving a three-game ban for violent conduct after his clash with Laurent Koscielny.

â€œI spoke to him and said, â€˜Sorry, mateâ€™ because I didnâ€™t want to say that,â€ Zouma told the Evening Standard.

â€œEnglish is not my first language, so I did not mean it. He told me: â€˜Itâ€™s OK, no problem. I know what you wanted to sayâ€™.

â€œI didnâ€™t remember what I said and I didnâ€™t expect it to come out like it did. It was a mistake and I am really sorry for it. It is my second year in England and my English is not perfect. Everybody can do mistakes. This day, I did.

â€œI never thought Diego is a cheat. He is a friend. I like this guy. On the pitch he gives everything for the club and the team. I hope he will continue like this. He should not change.

â€œDiego is a really nice guy. People just donâ€™t see it. He is clever because he likes to put a guy off his game, so he loses control. Diego knows what he has to do.

â€œIn training he jokes a lot. He is so friendly. Diego is the craziest guy in the club. He is too funny. Everybody is very happy to have Diego in the team.â€