Alexis has started slowly - but he'll sharpen up - Wenger 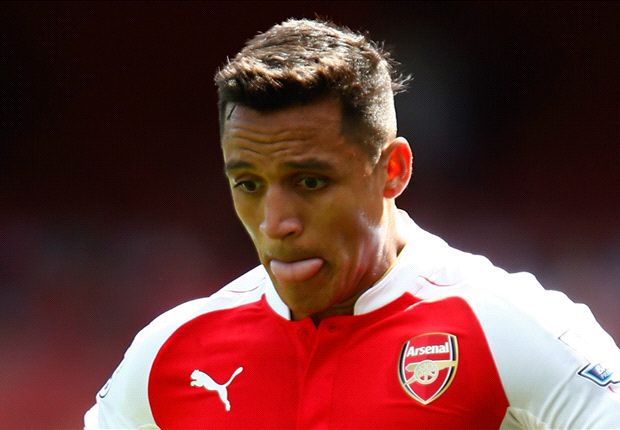 The Arsenal manager admits that the Chile international has struggled to hit the heights he reached last season but is confident that he will find his best form soon Arsene Wenger admits Alexis Sanchez has suffered a slow start to the Premier League season but insists the Chilean's form will improve.

The former Barcelona star carried Arsenal almot single handedly through the first half of last season and ended his debut campaign in England with 25 goals in all competitions, including one in the 4-0 FA Cup final win over Aston Villa.

After helping Chile to Copa America success on home soil during the summer Alexis has struggled to find his best form in the opening weeks of the new season. The 26-year-old has failed to score so far this season despite having attempted more shots than any other player in the Premer League, with 31.

When asked if Alexis had made an underwhelmeing start to the campaign, Wenger replied: â€œI would agree with you.

â€œI played him very early. History tells us that it can be difficult after winning a major trophy. But it will come back, I donâ€™t worry for Alexis Sanchez.â€

Arsenal face unbeaten Leicester on Saturday at the King Power Stadium, the ground at which Alexis opened his Premier League account last season.

Wenger's side will again be without Francis Coquelin, who injured his knee in the defeat at Chelsea last weekend and missed the midweek Capital One Cup win over Spurs, while Arsenal are still waiting to hear whether or not Gabriel will face a ban following his sending off at Stamford Bridge.

Wenger added: "Gabriel's case will be heard today. Coquelin is improving well but will not be available. he might start practicing tomorrow."