Mourinho is the best in the world - Zouma 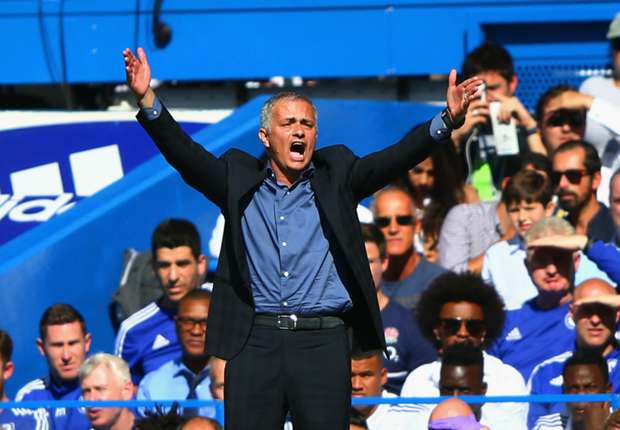 The Chelsea centre-back feels he is working under the greatest manager around, whose expectations help him grow

Kurt Zouma believes Chelsea boss Jose Mourinho is the best coach in football and feels working with the Portuguese has improved him.

The centre-back, 20, joined Chelsea from Saint-Etienne in January 2014 and, after seeing out the rest of the campaign at the French club on loan, broke into the first team at Stamford Bridge last season.

Zouma has now featured in all seven of Chelsea's Premier League matches this season, and believes the tuition from Mourinho has been hugely beneficial.

"Mourinho? When he's not happy he shouts a lot. He has taught me a lot. He does not like losing and expects a lot from me," Zouma told Telefoot.

"Last year he spoke to me a lot about Real Madrid centre-back Raphael Varane. He told me I was making the same mistakes as him.

"For me, he is the best coach in the world."

Zouma scored his first Premier League goal for the club in the 2-0 win over Arsenal last week, and he knows he has to keep working to remain in the XI ahead of captain John Terry.

"I want to keep playing, to keep my place in the team. You have to work hard for that," Zouma added.

"Terry, a legend, is always here and is like my teacher when I was little. He is an example for me and tells me a lot of things.

"This is the club I have always dreamed of."