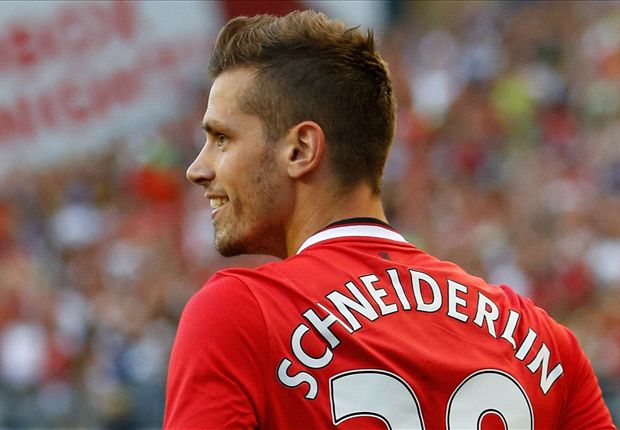 Schneiderlin moved to Old Trafford this summer after seven years at Southampton, in which time he worked under eight different managers, including Nigel Adkins, Nigel Pearson, Alan Pardew, Mauricio Pochettino and Ronald Koeman.

But he says he has never worked under a coach like Van Gaal, who has already outracised several players in his time in charge of United already, including Angel Di Maria, Radamel Falcao and Victor Valdes.

"Van Gaal is a very strict coach," he told Telefoot. "It's a new management approach, one I haven't experienced before. You have to adapt because a lot of things have changed."

The 25-year-old is enjoying his time at the club, however: "Manchester United are the greatest club in the world. You can see it in the enthusiasm among fans when we play a game."

Schneiderlin's compatriot Anthony Martial, meanwhile, has promised to try to repay the huge transfer fee United splashed out to sign him on transfer deadline day.

The 19-year-old Frenchmen arrived in a deal worth over Â£50m barrier should he be a success, and he has grabbed the headlines already having started his time in England with four goals in five matches.

"I know the fans expect a lot from me because of my price tag," he said. "But I'll do everything so they can be proud of me."