Ronaldo not obsessed with records - Marcelo 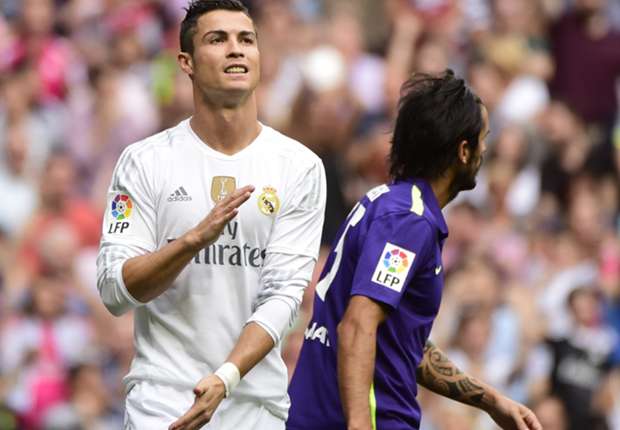 The Portugal star had 14 attempts without scoring as he looked to become the Blancos' record goalscorer, but the defender insists his colleague only thinks of the team Real Madrid defender Marcelo has defended Cristiano Ronaldo in the wake of Saturday's 0-0 draw against Malaga and has stressed that the Portugal international is not thinking about becoming the club's all-time top goalscorer.

Ronaldo is two goals away from overtaking Raul following his eight goals so far this season, but he has failed to find the net in five of Madrid's six Liga games in 2015-16.

He once more drew a blank against Malaga, despite notching up 14 attempts, but Marcelo feels it would be unfair to criticise the prolific attacker.

"He is not obsessed with beating records, but rather he aims to help the team to win."

Saturday's draw saw Madrid keep a clean sheet for the sixth time in seven competitive games, yet Marcelo was by no means satisfied with his side's performance.

"One of the aims is to not concede goals and we are managing that," he added.

"However, in order to be top of the table, it is also necessary to score goals. There are no easy games and you have to approach each game as if it were a final."

The Brazilian also had his say on Lionel Messi, who will be out of action for two months due to a knee injury, and wished the Barcelona star a speedy recovery.

He said: "I hope that Messi recovers soon."