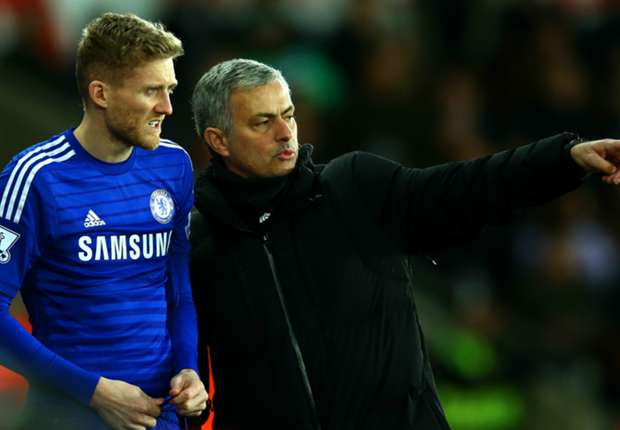 The Germany international, 24, netted eight goals in 30 Premier League appearances in his first season at Stamford Bridge, but decided to move on halfway through his second year after falling out of favour with the coach.

"I had a good time at Chelsea and was accepted in the team, so it's difficult to explain why I left," Schurrle told The Times.

"My performances were good as well, but there was a time in my second season when I felt I didn't have the manager's trust any more and I didn't play many matches from the start.

"I don't know why Mourinho didn't trust me. It all felt a bit weird to me. I started a few games, was on the bench for a few, then started some more.

"It was up and down the whole time. I had a lot of good talks with the manager and respect him a lot, as he told me to my face what he wanted me to do. I had some very good games, but there was often an ordinary game soon afterwards as well.

"I didn't get any consistency from the manager so found it hard to produce my best. That's probably the biggest reason I wanted to leave.

"It was difficult to leave, but when I had the chance to come back to Germany to join an awesome club like Wolfsburg I felt it was a good decision."