â€˜I HAVE NOTHING TO PROVE IN ENGLAND,â€™ SAYS IDEYE 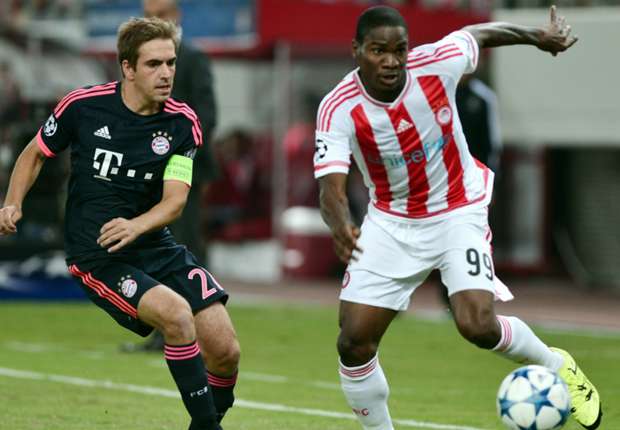 The forward does not have any hard feelings

after being shipped out of West Brom, but is

determined to lead his side to victory against

nothing to prove on his return to English ahead

of the Tuesdayâ€™s Champions League tie against

The 26-year-old Nigerian was divested to the

Greek outfit after failing to justify his record fee

Nevertheless, Ideye says he is not out to the

Baggies or anyone else wrong for offloading him

when his side tackle Arsene Wengerâ€™s men this

in England when I return to play against Arsenal,

and I just want to repay the faith shown in me

by Olympiakos by scoring the goals to help

â€œI am really looking forward to the game against

Arsenal at the Emirates and returning to

England. I never played against Arsenal when I

come up against such a strong team as

opening games in the group and we are hoping

we can get a positive result in London.â€

The Greek side have won all of their opening

the bait of the Champions League convinced

him to leave the Hawthorns.

â€œPlaying in the Champions League was also one

of the main attractions to leave West Brom for

Olympiakos as it the best competition you can

play in against the best players.

â€œI really enjoyed my time at West Brom and

playing in the Premier League, and although

things did not work out as planned, I have no