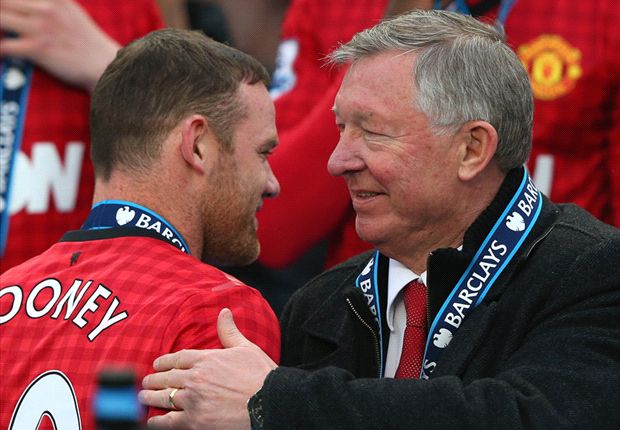 The forward is adamant he never asked to leave

Manchester United in 2013 - contrary to claims

made by the club's former manager Sir Alex

denied submitting a transfer request in 2013 in

a new documentary celebrating his

The 29-year-old, who recently became his

the manager's final season in charge at Old

Trafford as Rooney found himself in and out of

Following his final home match in charge of the

club, Ferguson claimed the forward had once

again demanded to leave, but the former

Everton man has now given his side of events.

you are not going to play me then it might be

better for me to move onâ€™,â€ he states in the BBC

documentary to mark him becoming England's

"Then, all of a sudden, it was all over the press

that I had put a transfer request in which I never

did. I donâ€™t know what happened, why that came

Despite the differences between the two men,

Rooney still holds Ferguson in high regard and

says he was the sole reason behind his

decision to move to United back in 2004.

"He was the reason why I wanted to join Man

United, to work with him,â€ he continued.

"In my eyes he's the best manager of all-time.

For him to be interested in me and wanting me

to play under him, there was nowhere else I